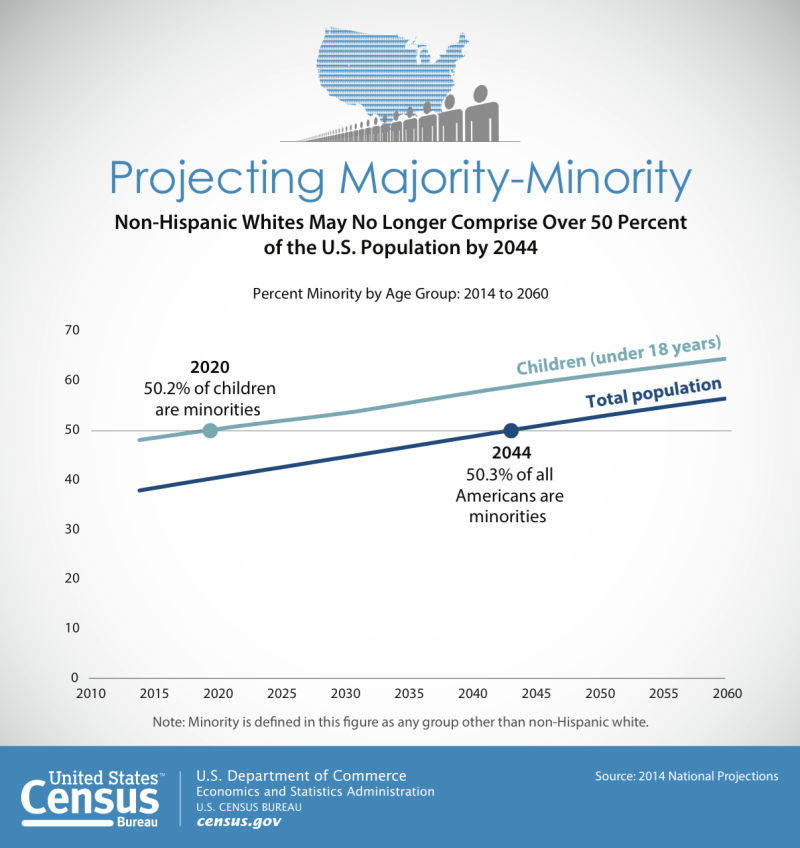 The Changing Face of America

2044. That is the year minority groups will become the majority in the United States, according to a new report by the US Census Bureau. Currently White Americans are the racial majority comprising 62.6% of the US population. The largest minority group is made up of Hispanic and Latino Americans at 17.1% and that number, along with those of other minority groups, is on the rise.

Here are some other interesting findings from the latest Census report.

The data is clear; America is becoming more diverse and blended than ever before. As a result, companies will need to review, and likely adapt, their marketing strategies. While all of the statistics about changing demographics are important for marketers to note, it is even perhaps more critical that they remember that demographics are only part of the equation. The other part is culture. Culture is defined as a collective passion for shared experiences. One’s culture is not determined by birth, but instead by the people and areas that surround us. If a company focuses solely on demographics and disregards culture it is likely to miss significant opportunities by failing to properly communicate with potential customer segments or by overlooking them all together. The companies that have the greatest success with future generations will be those that not only recognize the changing demographics of the country, but also design a marketing strategy that reflects the impact the demographic changes will have on the overall culture in the US.