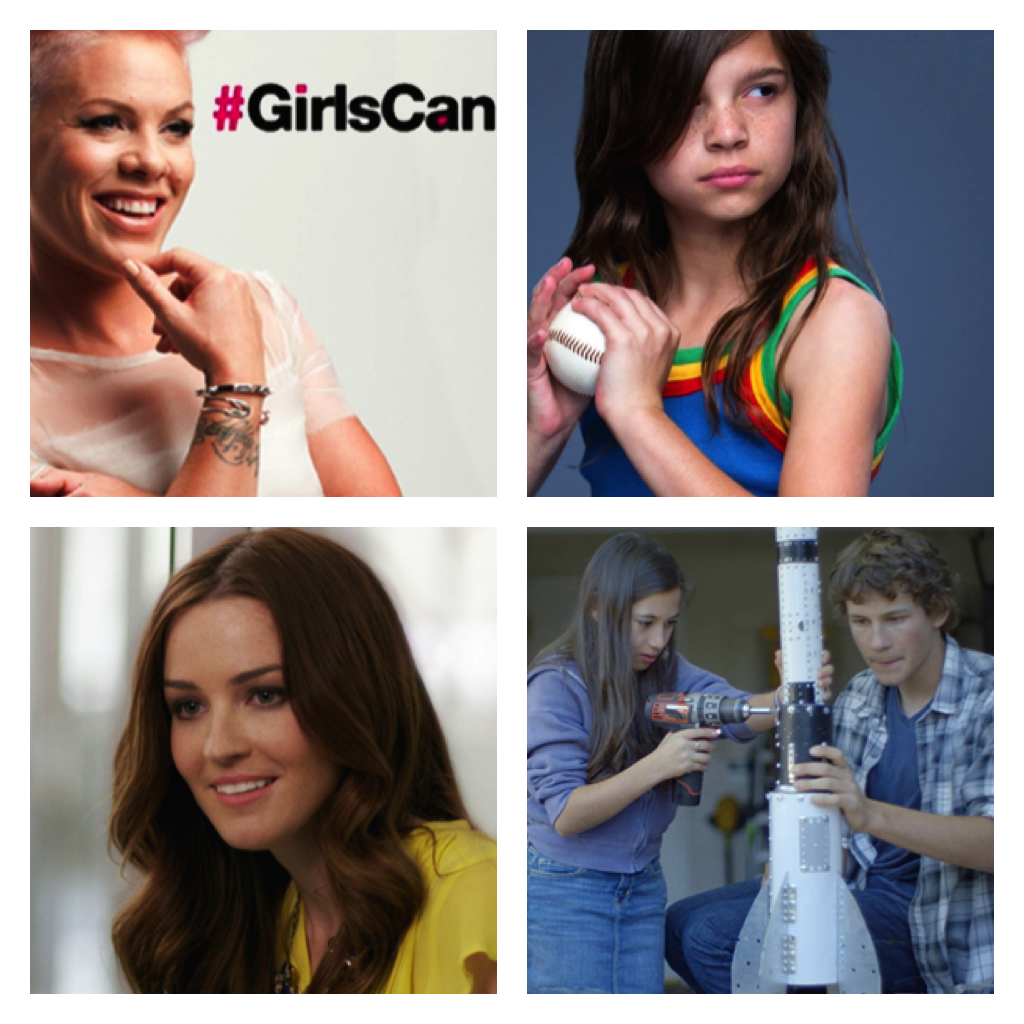 What does communications giant Verizon have in common with beauty brands like Always, Pantene and CoverGirl? They have all recently released advertisements that trade in product promotion for inspiring messages aimed at women and girls. The recent flurry of women-empowerment ads have drawn attention to some long standing women’s issues. Blogs, news agencies, and social media have erupted with people eager to praise or condemn the commercials for their messages. While everyone seems to have an opinion on the matter, it has remained unclear whether the ads are actually effective. A recent poll conducted by twtw companies aimed to answer that question.

Twtw polled 600 men and women to find how Always, Pantene, CoverGirl, and Verizon’s ads were being received and what, if any, effect they were having on viewers. The results of the survey clearly indicated why campaigns like this are necessary. An incredible 81% of women said they could relate to the “over apologizing” demonstrated in the Pantene ad. Similarly, 71% of women said they related to those in the Always ad who perceived “like a girl” to be a negative phrase.

The high number of people relating to the characters in the ad is not the only indication of why these commercials are crucial, one in four (26%) people were made aware of the issues in the ad for the first time, which indicates how important these campaigns are for awareness. Also impressive, eight in ten (80%) people found the ads to be inspiring and admitted that the ad made them more aware that things they say can have an unintended negative impact (79%).

While spreading awareness and inspiration are undoubtedly great accomplishments, could these ads actually manage to get people to consider changing their behavior? However, these ads may have managed to accomplish just that; an astounding 65% of those polled said they were likely to try to change their actions as a result of seeing the commercials. A potentially not surprising revelation was the disparity in the numbers of men and women who claimed they would change their behavior. Three-fourths of women wanted to make a change while only 46% of men felt the same.

There was no significant difference between parents and those without children on likelihood to change behavior as a result of seeing the ads. However, parents were more likely to be considering the issues for the first time and were also more inspired by the empowerment messages.

After identifying that these ads are successfully raising awareness and motivating change, the question remains: are these feel-good campaigns changing the perception of the brands sponsoring them? The survey indicated that people feel the motivations behind the advertisements are mostly altruistic. Respondents expressed that the companies had created the ads primarily to inspire young women (56%) and bring awareness to the issues (53%) rather than to sell their product (22%) or improve their image (31%). Additionally, nearly three in five people (59%) had a more positive opinion of the brand after seeing the ad, and almost half of people (45%) said they would be more likely to purchase the brand more frequently after seeing the commercial.

Overall these ads seem to be a win-win, they send a positive and inspiring message that appears to resonate with audiences while leaving viewers with a more positive image of the brand. Hopefully more brands will follow these companies’ examples and start selling their products while spreading positive messages.

twtw companies conducted an online poll of 600 adult men and women on July 21, 2014. Each participant was shown one of four ads and then asked a series of questions to measure their response to the advertisement. The four ads shown were: Verizon’s “Inspire her mind,” Pantene’s “Not Sorry,” CoverGirl’s “Girls Can,” and Always’s “Like a Girl.”